COMOKIT-Albatross is a dedicated custom adaptation of COMOKIT. It simulates the spread of SARS-CoV-2 at the scale of the Netherlands. The activity diary for COMOKIT comes from the pre-generated mobility agenda in Albatross. The daily activities in Albatross are modelled at the precision of a minute, while the default COMOKIT behavior is modelled at the precision of one hour. The atomic spatial unit of this extension is at a Dutch 6-digit Postal Block level compared to the building level in COMOKIT. Epidemiological dynamics for COMOKIT-Albatross has also been modified to take into account this larger atomic spatial unit. The larger spatial resolution makes it possible to simulate a wider region, and fits the required spatial distribution of activities as modelled in Albatross agenda generator.

Albatross, currently in its version IV was first developed in the year 2000. Between years 2000-2010, three different versions of Albatross have been developed. It is based on the CHAID algroithm for decision trees and tables to extract decision heuristics from a national level activity-travel data. In its version IV, the fundamental change is to move away from a single-day activity generation to a multi-day dynamic forecasting systems. Please refer the following for full details.

This extension, in particular, replaces the default epidemiological dynamics that are inbuilt in COMOKIT and is outline below. For details, contact the authors.

The probability to become infected (exposed) for individual n at a time step 𝑡 can be written as: 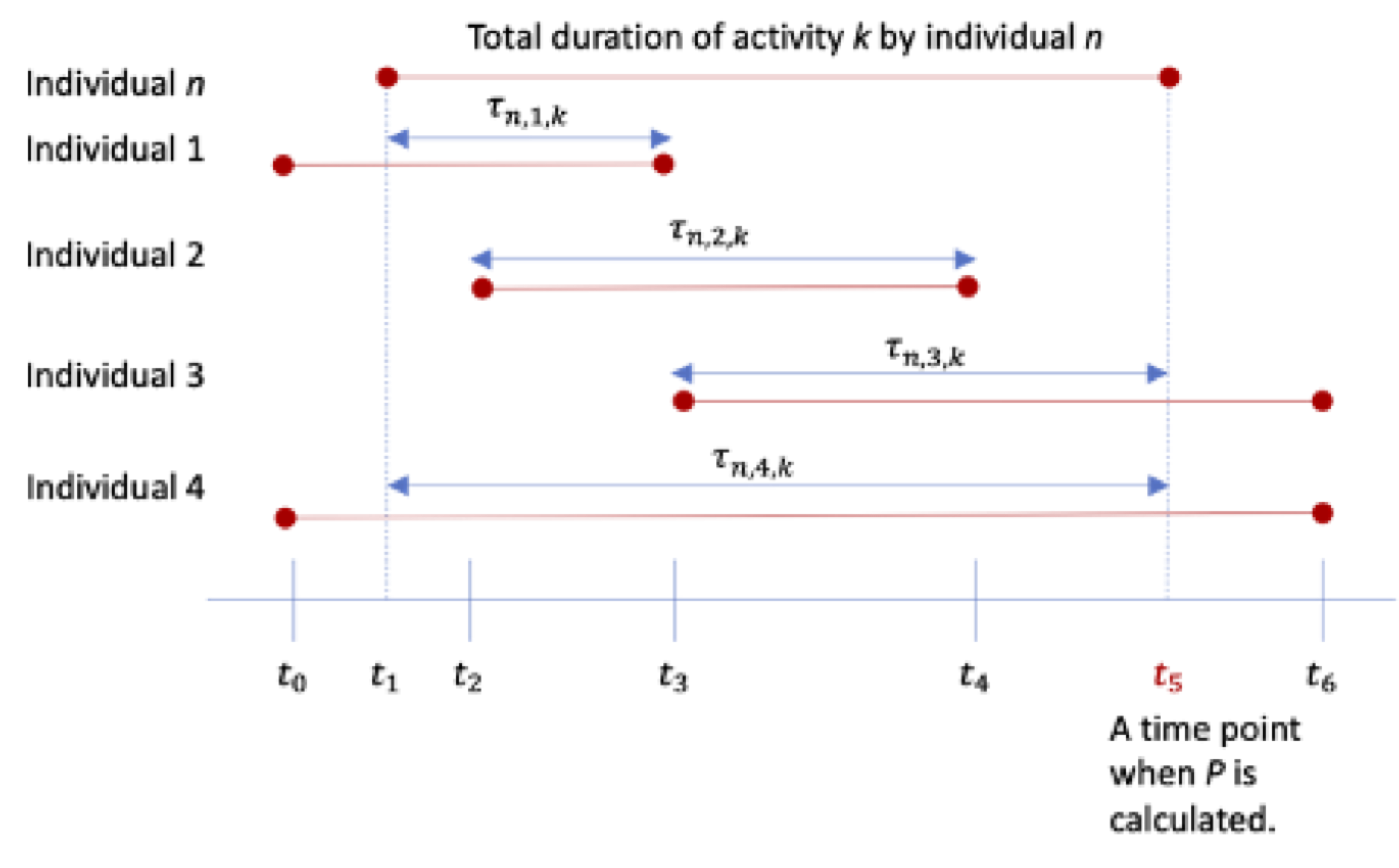 $\theta$: a parameter to be calibrated